First, sorry for the lack of news, I took some off days to dwelve into other things but I’m back now.

So for now I finalizing the backbone of the interface; I tested a new component, a sort of “super” list / table view, that allows many things and even the inclusion of buttons and such for each item.
Its features goes right in the alley of what I need to setup expeditions and select vehicles for it.
I took a bit of time experimenting and learning with it but it’s OK now.

In the picture below, from my third-party supplier website, you can see a small part of what it can do. 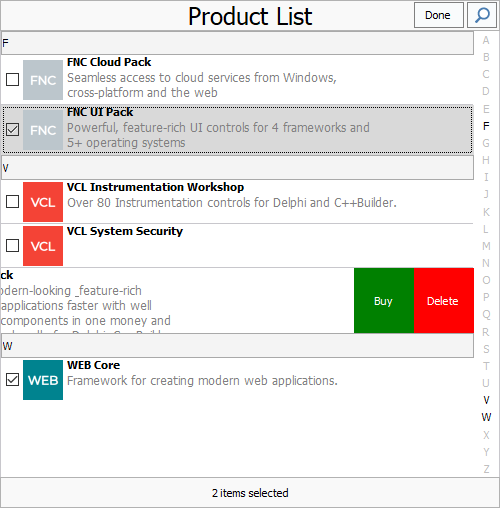 Of course I have to configure its many parameter for FAR Colony.

Concerning the plan; I want to complete entirely the alpha 10 this year, that means to complete the three versions (including the current one) . That means, basically, 4 months for each version.

FYI here is the recall of the two next version before the end of the alpha 10:

Concerning the current dev version the last big bit to do is this Planetary Exploration System. The rest is mostly changes/addition in data and user’s interface improvements. I will also generate another star system before the release.
In the light of this, I “should” be able to release the current version before the end of April (take it with some salt). But for this I must work everyday on it, and doing it for the whole year. So, no more off day.